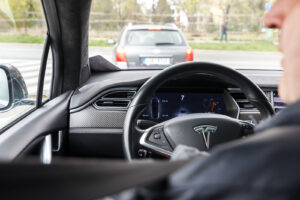 You can see motorists failing to maintain a safe distance – or, in other words, tailgating – almost every day in Dallas and elsewhere in Texas, especially when our roads are packed with rush-hour traffic.

Fortunately, not all of these instances of tailgating lead to auto accidents, but many of them do. “Following too closely is a dangerous driving behavior, which can be caused by a variety of factors ranging from the driver’s inexperience to aggression, distraction, and intoxication,” says our Dallas car accident attorney from Law Office of Dorothy Hyde.

Some experts say that tailgating may be the leading cause of car accidents in the U.S., which makes sense considering that police departments across the nation estimate that approximately 60 percent of all motor vehicle accidents in the U.S. are involve a vehicle following too closely another vehicle.

Dangers and causes of tailgating

As we have mentioned earlier, causes of tailgating vary greatly, but in most situations, motorists fail to maintain a safe distance due to:

“What does drunk driving have to do with tailgating?” some of you might wonder. Our Dallas tailgating accident attorney explains that operating a vehicle under the influence of alcohol makes it difficult for the impaired driver to properly measure the distance between his/her vehicle and the car driving in front of them.

How to prevent a tailgating accident?

While it may seem that there is little you can do to avoid a tailgating accident if you are being tailgated, there are certain things you should never do in this situation. Our car wreck lawyers says that honking your horn, brake-tapping, or worse, shouting out of your car window can only make the situation worse no matter how “rational” these behaviors may seem when you are being tailgated.

You can also prevent a tailgating accident caused by another motorist’s failure to maintain a safe distance by following and ensuring that the other motorist is following these three timing rules:

Although it might seem that the tailgater is always at fault for causing the car accident, it is not entirely true. While tailgating is prohibited by law, let’s not forget that Texas uses a modified comparative fault rule, which means several parties may share liability.

Let our car accident lawyers at Law Office of Dorothy Hyde review your case and determine negligence. Get a free case evaluation by calling at (214) 883-1700 today.