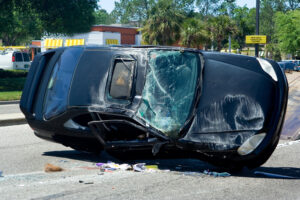 Self-driving vehicles in Texas are here to stay, thanks to a State law allowing for the operation of autonomous vehicles on Texas roads. The law not only permits self-driving vehicles, but it also permits them to operate alone, with no safety driver in the vehicle as a back up in the event that something goes wrong. Highlights of the law include the following:

Texas is among the least legally restrictive states when it comes to autonomous vehicles operating on its roads. This is frightening to many people for a number of reasons including the fact that we really have no idea where and how many of these self driving vehicles are operating in Texas. It is unclear who will be responsible for accidents and injuries due to an autonomous vehicle’s fault. Self-driving vehicles are not perfect and do, in fact, cause accidents sometimes.

Autonomous car accidents are becoming more commonplace as more autonomous vehicles infiltrate our roads and three fatal accidents have occurred in the United States since 2016:

So what happens when you are in an accident caused by an autonomous car? Who is liable? Texas says it is the manufacturer unless another party modifies its system before it is put on the road. How do you know if it has been modified and what if the modification had nothing to do with the cause of the accident? If you have been in an accident with an autonomous car contact the Law Office of Dorothy Hyde to speak with a Dallas car accident attorney. We will help you through this uncharted territory to see that you are fully compensated by the responsible party for your damages and injuries.