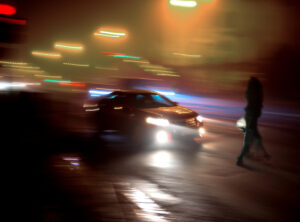 DUI accidents can be devastating for all involved, leaving behind a trail of injuries, disabilities and permanent impairments. Being involved in a car accident is difficult enough, especially when the blame for the accident rests solely on someone else’s shoulders. But when the at-fault party is also driving drunk, it makes the whole situation even harder to accept. Driving impaired is a reckless act that shows complete disregard for the lives of others on the roadway. The state of Texas takes a harsh stance against DUI drivers, levying criminal penalties at increasingly enhanced levels. As a DUI accident victim, you can hold the DUI driver responsible for any injuries you sustain by filing a DUI accident claim. The Law Office of Dorothy Hyde can help.

Although a beautiful city, Dallas is associated with an ugly statistic: it has the fifth-highest rate of DUI deaths among the 25 biggest cities in the United States. It also has the fourth-highest rate of general traffic deaths. The Texas Department of Transportation reported 1,310 DUI accidents in Dallas in 2016 alone. Nearly 1,000 people lost their lives due to the actions of DUI drivers across the state of Texas that same year. Overall, Texas ranks 14th in the country in terms of its DUI rates, according to a 2015 survey by the U.S. Centers for Disease Control and Prevention.

Going to Bat Against DUI Drivers

People who are drinking don’t always make the smartest decisions, and driving drunk is one of them. This lapse in judgement can lead to DUI accidents that occur in the blink of an eye, changing the lives of those involved in an instant. While tens of thousands of people are arrested across Texas each year for impaired driving, many of them go on to offend again and again, despite the criminal penalties levied against them. The courts do not automatically order restitution of any form in most DUI crashes. But you can hold the driver accountable for the losses he causes.

Potential compensation in a DUI accident claim includes payment for:

If you are left with a total or partial, permanent or temporary disability as a result of your DUI accident, any awards that you receive may be greatly enhanced.

Keep in mind that while the DUI driver (and his insurer) are the obvious defendants in a DUI accident case, there may be additional defendants. For example, under the Dram Shop Law, establishments who continue to sell alcohol to inebriated patrons may be held liable for any injuries that are caused as a result of the person’s intoxication.

Consulting with an Attorney

DUI accident claims are not open-and-shut actions. Some can be quite complex. Consulting with an attorney who has a history of helping personal injury victims collect the compensation due to them ensures the best outcome for your claim. Schedule your no-cost case review with Dallas car accident attorney Dorothy Hyde now to discuss the particulars of your case and determine your best legal options.