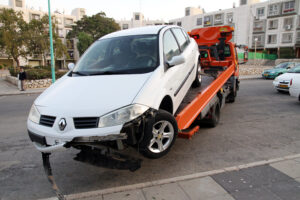 When we see a car accident while commuting to or from work, it usually involves two, three or more vehicles. And it is understandable why, as it is only a matter of time before some driver rear-ends another vehicle due to failing to maintain a safe distance or gets into a side-impact collision after failing to yield the right of way.

But there are many car accidents that involve only one vehicle, the so-called single-car accidents. In these crashes where only one party is involved, a driver usually crashes into a building, traffic sign, pole, tree, or any other stationary object.

“Just because you are the only party involved does not necessarily mean that you are at-fault for causing that crash,” explains our Dallas car accident attorney at the Law Office of Dorothy Hyde. You may still be able to hold another individual or entity responsible for causing your single-car crash even if you were partially at fault for causing it.

Liability in a single-vehicle crash

Determining liability in a single-vehicle accident may feel like a herculean task because your insurance company will do whatever it takes to deny your personal injury or property damage claim. Oftentimes, this means conducting a biased investigation to “prove” your fault, delaying investigation, or ignoring your claim altogether.

For example, if you lose control of your vehicle and crash into a tree, your insurance company will most likely attempt to convince you that you cannot seek reimbursement for your damages and losses just because you were the only party involved. In reality, with the help of an experienced single-vehicle accident attorney Dallas by your side, you may be able to identify another party whose negligence caused or contributed to your crash.

Let’s get back to our original scenario in which you crash your vehicle into a tree. In this single-car crash, the investigation may show that:

Schedule a free consultation with our single-car accident attorneys at the Law Office of Dorothy Hyde to establish fault in your case. Do not let your insurance company deny or limit your claim. Get legal help by calling at (214) 883-1700.