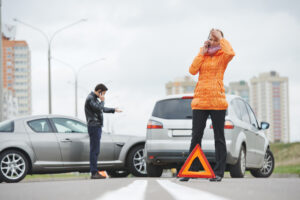 Passing other vehicles is allowed by Texas law as long as the passing maneuver is performed in compliance with certain rules. Generally, motorists in Dallas and elsewhere in Texas are allowed to pass other vehicles, because motorists have a right to go as fast as the speed limit allows.

“Unfortunately, many passing maneuvers on our roads and highways are performed incorrectly and negligently, which puts the safety of other motorists in danger,” says our Dallas car wreck attorney at Law Office of Dorothy Hyde.

There are very strict and fixed rules for passing, and failure to follow these rules might expose the passing driver to liability if his or her actions cause injuries or harm to others. Let’s review some of these rules.

What constitutes improper passing in Texas?

These are four most common mistakes made by Texas motorists that may constitute “improper passing”:

Our experienced car accident attorney in Dallas says that motorists should always watch for signs on multi-lane highways in Texas that read “Left Lane For Passing Only.” By disregarding the left-lane passing law, you impede the flow of traffic and could face a fine of up to $200.

In Texas, improper passing may amount to reckless driving conduct. If an investigation concludes that a motorist caused a car crash due to improper passing – or any other form of recklessness, for that matter – the at-fault motorist will be held liable if his or her recklessness caused harm to other motorists.

If you or your loved one suffered harm in a car accident caused by improper passing, you will have to demonstrate evidence proving that the other motorist was negligent or reckless in order to recover damages. You may want to get legal help from a car accident lawyer to learn more about your options for proving that the other driver breached his or her duty to exercise reasonable care when performing the dangerous passing maneuver.

Contact our car accident lawyers from Law Office of Dorothy Hyde to discuss your particular situation. Call our offices at (214) 883-1700 to schedule a free consultation.