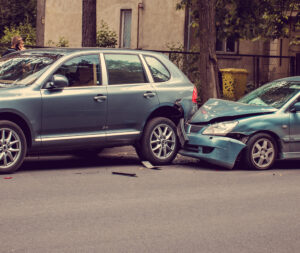 Operating a vehicle under the influence of drugs, illegal or controlled substances is a crime under Texas law. Even though drugged driving is prohibited by federal and state law, it does not stop thousands of Texas drivers from getting behind the wheel while impaired by a drug.

Drunk driving is a huge problem in the United States, but the problem of drugged driving on Texas roads is no less urgent and dire. Driving under the influence of drugs is responsible for thousands of injuries and fatalities in our state alone.

“Drugs that can make a driver impaired and unable to operate a vehicle safely include Xanax, Alprazolam, Soma, Vicodin, Ambien, marijuana, cocaine, heroin, LSD, and a wide variety of other drugs, opiates, tranquilizers, narcotics, and amphetamines,” says our Dallas drugged driving accident attorney at the Law Office of Dorothy Hyde.

The problem of drugged driving in Texas

Statistics show that about a quarter (22 percent) of all drivers in our country admit to having operated a vehicle while under the influence of drugs, illegal or controlled substances at least once, though the real number would be much higher if all motorists were completely honest.

While many tend to believe that drugged driving refers to operating a vehicle while under the influence of such drugs as cocaine, heroin, LSD, and other illegal drugs, what they do not realize is that driving under the influence of prescription drugs and over-the-counter medications can have a similar effect on the driver’s ability to operate a vehicle.

Unfortunately, many motorists in Dallas and all across Texas underestimate the effect of prescription drugs on their mental state and ability to operate a car safely. Being ignorant about how certain drugs and medications may impact your ability to drive can become a fatal mistake.

Drugs that cause driving impairment

While there is a long list of illegal and prescription drugs as well as narcotics and controlled substances that may alter the driver’s mental state and become the cause of a car accident, the following drugs are most commonly associated with drugged driving accidents:

Get legal help from our car accident attorney in Texas from the Law Office of Dorothy Hyde to discuss your particular case and help you preserve evidence proving that the other motorist was under the influence of drugs at the time of your car crash. Get a free consultation by calling at (214) 883-1700.