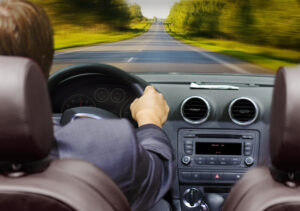 With studies showing that operating a vehicle while drowsy (exhausted, fatigued, tired, or call it whatever you want) is just as dangerous as driving under the influence of alcohol, many people in Dallas and all across Texas still think that it is no big deal if they get behind the wheel while feeling drowsy to drive home to get to their cozy bed.

According to the American Association of Automobiles Traffic Safety Foundation (AAATSF), about 40 percent of all motorists in the U.S. admit to having fallen asleep while driving at least once in their life. This statistic is quite scary, because it means that there is an extremely high risk of encountering a drowsy or fatigued driver when driving in Dallas or elsewhere in Texas.

As we mentioned earlier, there is a study by the National Sleep Foundation (NSF) that shows that operating a vehicle while drowsy has similar effects on the body as driving under the influence of alcohol. The study showed that not sleeping for 18 hours straight is the same as consuming alcohol in the amount that makes your blood alcohol level reach .05.

Staying awake for 24 hours straight, meanwhile, is the same as getting wasted and trying to operate a vehicle with the blood alcohol concentration (BAC) level of .10, when the legal limit in Texas is .08.

Dangers of drowsy driving and falling asleep while driving

The most dangerous aspect of drowsy driving is that if most drunk drivers know that they are engaging in an illegal activity, a drowsy driver has no idea that he or she is endangering his or her own life as well as the lives of those he/she shares the road with. A fatigued driver who did not get enough sleep or rest can easily fall asleep while driving, nod off for a second and rear-end another vehicle, or simply have slower reaction times, among other effects.

And the most absurd part is that it is extremely difficult to prove that the other motorist was fatigued, tired, exhausted or drowsy or even that he or she fell asleep at the time of the collision.

How sleep deprivation and drowsiness affect your ability to drive

Drowsy driving is more common than you think, because a large percentage of Americans suffer from sleep deprivation, especially those who work night shifts or are unable to get a good night’s sleep and then commute to work in the morning. Unfortunately, the vast majority of those who are sleep-deprived do not realize how lack of sleep affects their ability to operate a vehicle safely.

Fact: It is estimated that 1 in 5 car accidents are a direct cause of one of the motorists being fatigued, sleep deprived, or drowsy.

These are the most common effects of lack of sleep on your ability to drive:

Shift workers, business travelers, hard workers, truck drivers, Uber and Lyft drivers, commercial drivers, and airline workers are considered the high-risk groups of people who can be affected the most by drowsy driving.

If you have been in a car accident caused by drowsy driving, do not hesitate to speak to our Dallas car crash lawyers at the Law Office of Dorothy Hyde. Call our offices at (214) 883-1700 for a free case evaluation.