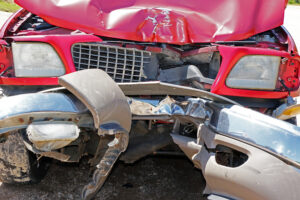 Did you know that the average car accident involving a deer costs a motorist in Texas at least $2,500 in damages and losses, according to American Automobile Association (AAA), or $4,000, according to State Farm Insurance (SFI)?

Deer-vehicle collisions are a common occurrence on our roads here in Dallas and all across Texas despite the fact that State Farm Insurance considers Texas a “medium risk state” for deer-car accidents and ranks our state 38th among states for the risk of such collisions.

There is usually a sharp increase in the number of deer-vehicle accidents in Texas from September to November, which is the mating season of deer. Deer-car crashes are also more likely during fall and winter months due to less daylight hours. “It can be extremely difficult to avoid a deer at dusk or night due to low visibility, especially in wooded areas,” explains our Dallas car accident lawyer at Law Office of Dorothy Hyde.

In Texas alone, there are more than 5,000 car accidents including deer and other animals and livestock each year. On average, from 17 to 24 people die in these collisions on Texas roads each year.

Fact: Across the U.S., deer-vehicle collisions are responsible for approximately 200 fatalities each year, while vehicle damage expenses total more than $1 billion across the nation.

Who’s liable for your deer-car accident?

“There is a large percentage of deer-related car crashes that involve multiple vehicles and are caused by one of the drivers attempting to avoid a deer,” says our Dallas deer-car accident lawyer.

Unlike “no fault” states, which provide coverage for the victim’s medical bills in the event of a car accident regardless of who was at fault, Texas negligence law requires you to prove that another party was negligent in causing the car crash in order to recover damages.

In other words, you may be able to seek compensation through another motorist’s auto insurance coverage if you can prove that the motorist acted negligently or violated a traffic rule when swerving or attempting to avoid a deer, which, as a result, caused him or her to crash into your vehicle.

Recovering damages after a deer-vehicle accident

Determining liability in a deer-vehicle collision may not be easy, especially if that crash involves multiple motorists. More often than not, victims of these car crashes can seek compensation by proving that the other motorist overreacted or did something that endangered the lives of other parties on the road when attempting to avoid a deer.

Also, do not forget that recovering damages after a deer-car accident may be tricky, because insurance companies have heard people use the “deer” excuse in an attempt to get insurance coverage for crashes where no deer was involved. If there is no deer found at the scene and there are no witnesses who saw what happened, you may have a hard time proving that it was a deer-related car accident.

In this situation, you may want to contact a Dallas deer-vehicle collision attorney from Law Office of Dorothy Hyde to protect your rights and ensure that you are getting maximum compensation. Call our offices at (214) 883-1700 to schedule a free case evaluation.