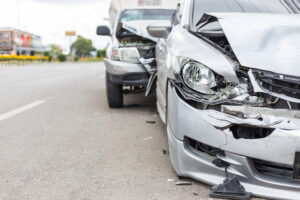 Losing control of your vehicle due to brake failure can be quite scary, especially when traveling at high speeds. The brake system might be the most critical element of any vehicle’s safety and overall performance. And, unfortunately, the brake system is also one of the most overlooked parts of your vehicle when an auto mechanic conducts routine inspection and maintenance.

The brake system is an extremely complex mechanism that involves discs, rotors, calipers, cylinders, pistons, hydraulic lines, and a wide variety of other parts and components that must work together like a finely-oiled machine in order to ensure proper functioning of your entire vehicle.

“Auto accidents caused by brake failure are usually responsible for some of the most devastating injuries and deaths on Texas roadways and highways,” says our Dallas brake failure in auto accident attorney at the Law Office of Dorothy Hyde.

When a motorist experiences brake failure, he or she may lose control of the vehicle completely. In a car accident caused by faulty brakes, who should be held responsible? Is it always the driver? Or is it the manufacturer of the vehicle of the brake system?

If you were involved in a car crash and you suspect that brake failure might be responsible for causing it, do not be quick to jump at any conclusions until you have an experienced brake failure accident attorney in Dallas or elsewhere in Texas investigate your case to determine the cause and fault.

In some cases, multiple parties may be held liable for a car crash caused by faulty brakes. Imagine, for example, that you had recently taken your vehicle to an auto mechanic, who did not discover any issues with the brake system. A few days later, you get into a car accident and faulty brakes become the primary cause of it. In addition to that, you exceeded the speed limit at the time of the crash, while the other motorist was following behind your vehicle too closely. In this scenario, three parties will share liability (you, the other motorist, and the auto mechanic).

Can the driver be held responsible for a car crash caused by faulty brakes?

There are also many cases in which the driver of the vehicle with faulty brakes will be held solely responsible for causing the crash. Although it is true that the driver has little to no control of the vehicle with brake failure, the motorist’s actions may still be deemed “negligent” if, for example, that driver did not properly or regularly inspect and maintain their vehicle prior to the collision.

Just because a car accident was caused by faulty brakes does not necessarily mean that the driver cannot be held responsible for causing it. An investigation may show that although a vehicle was inspected by an auto mechanic prior to the crash, the motorist ignored the mechanic’s recommendations to repair or replace the faulty brakes.

In that case, the driver of the vehicle with faulty brakes will be held liable for any resulting damages and losses if his or her actions fall below the accepted standard of care. If a driver’s failure to maintain his or her vehicle in a good condition endangered the lives of other people, that driver must be held accountable.

Do not hesitate to consult with our brake failure car accident attorneys at the Law Office of Dorothy Hyde to discuss your case and determine liability. Call our offices at (214) 883-1700 for a free case evaluation.