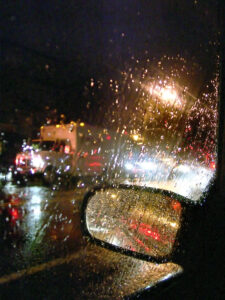 With studies showing that one in four car accidents in the U.S. occur during rush hour, it’s safe to assume that crowded roads and traffic jams are not only annoying, but also very dangerous. In case you were wondering, “one in four car crashes” is equivalent to about 1.5 million car accidents per year.

“The vast majority of these rush hour accidents in Texas and all across the U.S. occur during evening rush hour, though morning peak times see a noticeable increase in car crashes as well,” says our Dallas car accident lawyer at Law Office of Dorothy Hyde.

Do not get us wrong. We are not trying to discourage those of you who have a 9-to-5 job from commuting to and from work, all we want to say is that you should exercise extra caution when operating a vehicle during morning and evening peak times.

No matter how annoying and frustrating it is to be stuck in traffic jams for hours before or after work, consider a much worse alternative: being in a car accident during rush hour. During evening rush hour, it can be very easy to get into a car crash caused by a tired, exhausted, sleepy, distracted, or even drunk driver.

In fact, the risk of being in a rush hour accident rises significantly during evening rush hour on Friday, when an increasing number of motorists in Dallas and elsewhere in Texas get behind the wheel while impaired by alcohol or are in a hurry to return home so that they can finally relax after an exhaustive workweek.

If your commute includes any of the following roads in Dallas, you are at an even greater risk of getting into a car accident during peak times:

“The mere fact that traffic gets heavier during rush hour cannot be the only factor contributing to an increase in the number of car crashes during peak times,” says our Dallas rush hour accident attorney. The most common causes of rush hour accidents include but are not limited to:

Causes of rush hour car accidents vary from one case to another and there is no cookie-cutter approach to seeking compensation for your damages and losses caused by another motorist’s negligence in a car crash during peak times. That’s why it is advised to speak to an experienced car accident lawyer in Dallas or elsewhere in Texas.

Unfortunately, many motorists operate their vehicle negligently during rush hour. Fortunately, you can recover damages from a motorist whose negligence caused a rush hour car accident. Speak to our attorneys at Law Office of Dorothy Hyde. Call at (214) 883-1700 to get a free case evaluation.